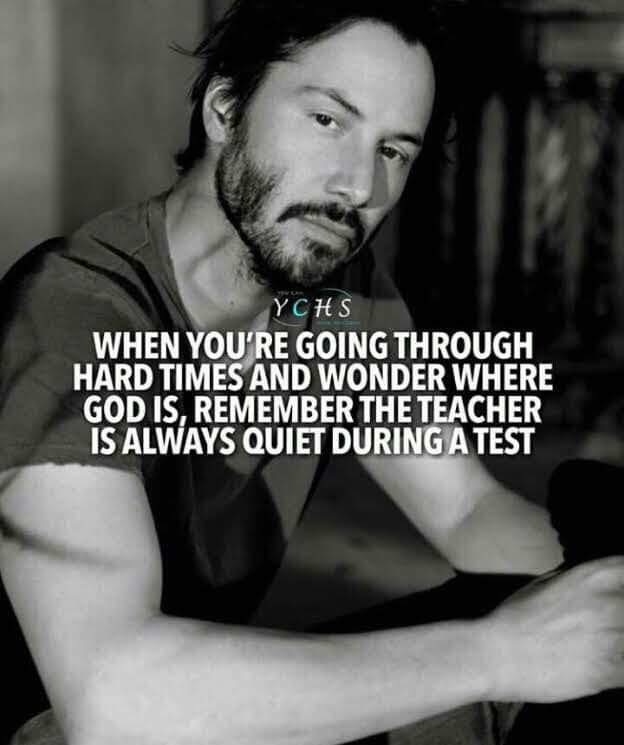 Why is God quiet?

(I wonder if Keanu Reeves actually said this or if some meme maker just posted this over his photo?)

Photo Information for Why is God quiet?