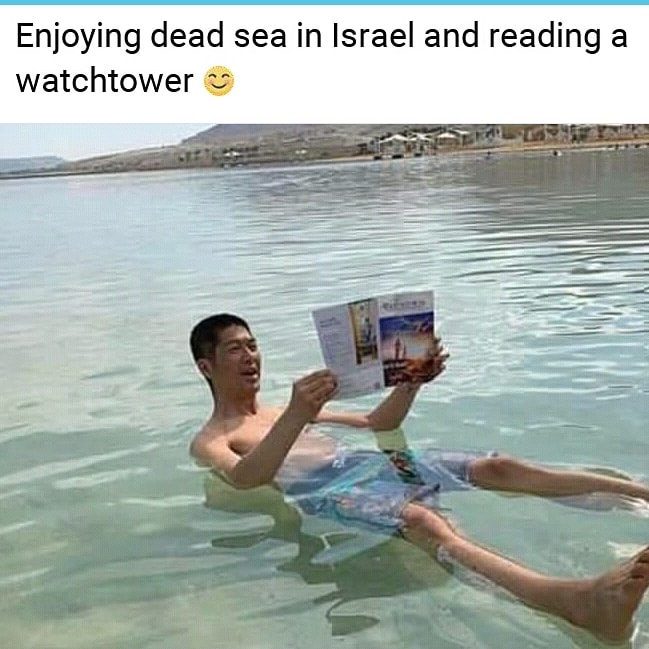 Enjoying dead sea in Israel and reading a Watchtower... ;-))

Photo Information for Enjoying dead sea in Israel and reading a Watchtower... ;-))