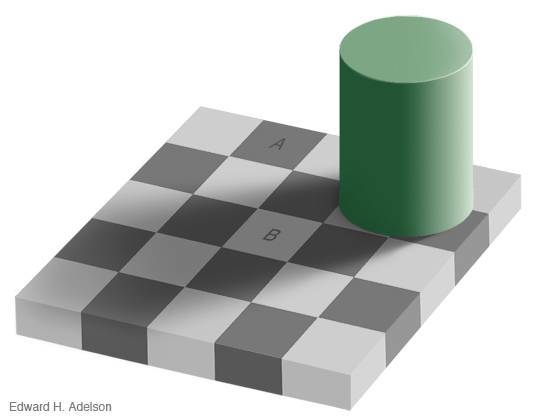 The squares marked A and B are the same shade of gray.

Photo Information for The squares marked A and B are the same shade of gray.