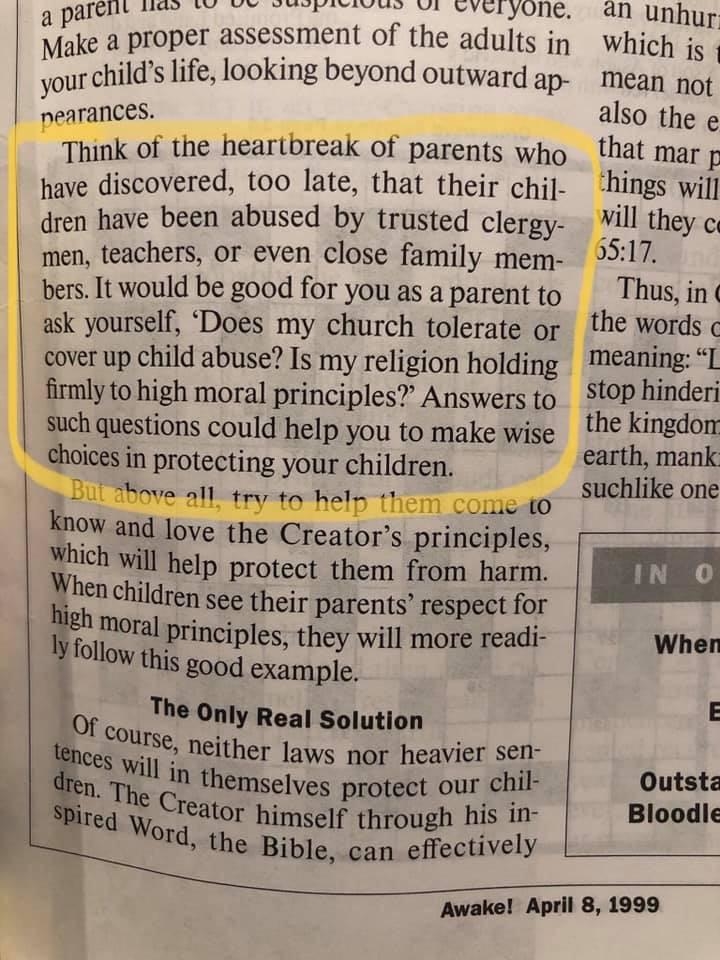 The Most Hypocritical Paragraph Jehovah's Witnesses Have Ever Written